Greensboro, N.C. – Carruthers & Roth, P.A. announced today that three of the firm’s attorneys have been named Best Lawyers® 2019 “Lawyer of the Year” in their respective practice areas in Greensboro. Only a single lawyer in each practice area and designated metropolitan area is honored as the “Lawyer of the Year,” making this accolade particularly significant.

The attorneys being honored as “Lawyers of the Year” are selected based on particularly impressive voting averages received during the peer-review assessments. Receiving this designation reflects the high level of respect a lawyer has earned among other leading lawyers in the same communities and the same practice areas for their abilities, their professionalism, and their integrity.

Michael J. Allen dedicates his practice to protecting clients’ rights, assets and relationships. His unique blend of experience in negotiating, contracting, counseling, and litigation helps him provide meaningful insight to clients at any stage of their business relationships. In addition to his intellectual property practice, Mike has substantial experience in contract preparation, negotiation and litigation, including as to employment, non-competition, non-solicitation and non-disclosure agreements, license and royalty agreements, independent contractor agreements, and distribution, vendor, and supply agreements. He earned his B.A., magna cum laude, from Westminster College in 1982 and his J.D. from the University of Notre Dame School of Law in 1985. Mike was previously honored as Greensboro Copyright Law “Lawyer of the Year” by Best Lawyers for 2017.

J. Scott Dillon has built a broad-based business, tax and estate planning practice, with a particular emphasis on business transactions and acquisitions. Scott’s clients include a wide variety of closely-held, family-owned, and professional businesses. He drafts, reviews and negotiates sophisticated contracts, provides counsel on business planning, and designs and implements both qualified retirement and executive compensation plans. Scott earned his B.A., cum laude, from North Carolina State University in 1979 and his J.D. from the University of North Carolina School of Law at Chapel Hill in 1983. He was previously recognized as Greensboro Employee Benefits (ERISA) Law “Lawyer of the Year” by Best Lawyers® for 2013.

Kenneth M. Greene focuses his practice on commercial finance, secured transactions, banking, bankruptcy and creditors’ rights. Kenny works closely with both national and regional banks, commercial lenders, finance companies and factors on important issues that impact the profitability of their operations. He is a past president and current fellow of the American College of Commercial Finance Lawyers (ACCFL). Kenny received his B.S., magna cum laude, from Washington & Lee University in 1967 and his J.D. from the University of Virginia School of Law in 1970. He was previously honored by Best Lawyers as Greensboro Banking & Finance Law “Lawyer of the Year” for 2009 and Greensboro Bankruptcy and Creditor Debtor Rights / Insolvency and Reorganization Law “Lawyer of the Year” for 2015.

Carruthers & Roth also announced today that 17 of the firm’s attorneys were named to The Best Lawyers in America© 2019. The 2019 list was compiled based on an exhaustive peer-review survey that examines the professional abilities of lawyers by other lawyers.

Since it was first published in 1983, by Best Lawyers has become universally regarded as the definitive guide to legal excellence.

About Best Lawyers: Since it was first published in 1983, Best Lawyers® has become universally regarded as the definitive guide to legal excellence. Best Lawyers lists are compiled based on an exhaustive peer-review evaluation. Almost 87,000 industry leading lawyers are eligible to vote (from around the world), and we have received almost 10 million evaluations on the legal abilities of other lawyers based on their specific practice areas around the world. For the 2019 Edition of The Best Lawyers in America©, 7.8 million votes were analyzed, which resulted in almost 60,000 leading lawyers being included in the new edition. Lawyers are not required or allowed to pay a fee to be listed; therefore inclusion in Best Lawyers is considered a singular honor. Corporate Counsel magazine has called Best Lawyers “the most respected referral list of attorneys in practice.”

About Carruthers & Roth, P.A.: Carruthers & Roth is a multifaceted law firm in Greensboro, NC serving clients of all sizes – from large multinational corporations and closely-held businesses to individuals and entrepreneurs.  We pride ourselves in delivering big-firm capabilities with the personalized service and responsiveness typical of a small-town practice.  Most importantly, our attorneys are consistently recognized for professional excellence by industry publications such as Chambers USA, North Carolina Super Lawyers and Business North Carolina’s Legal Elite. Nearly half have scored a perfect “five out of five” rating in Martindale Hubbell peer reviews. To learn more about Carruthers & Roth, call 336.379.8651 or visit www.crlaw.com . 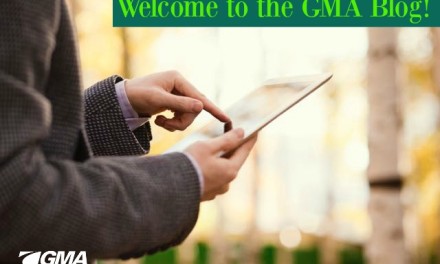 Welcome to the GMA Blog! 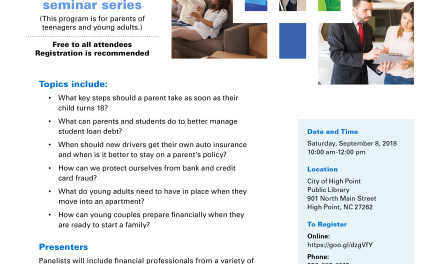 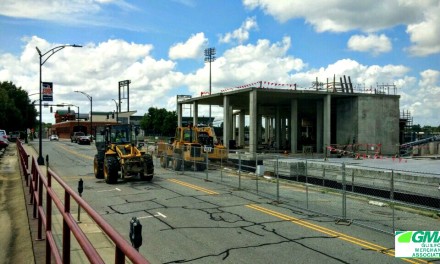